Patent abilities may be used at most once per turn. 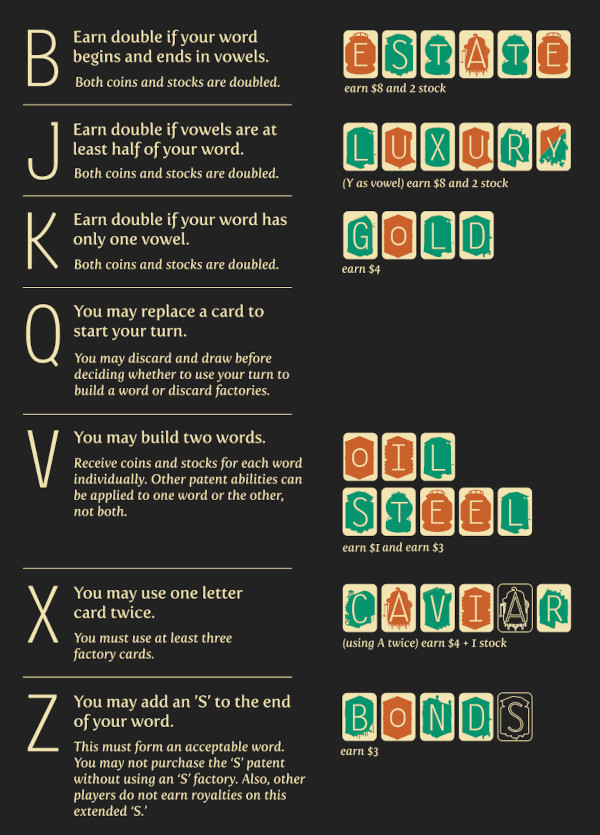 Some letters also have special abilities:

This version implements a challenge variant to smooth online play.

Two dictionaries may be used: